On 20th of September 2016 the first official Product Announcement of Tempus600 was held in China at Daping Hospital in Chongqing, together with Tempus Asia’s distributor partner in China, JCM 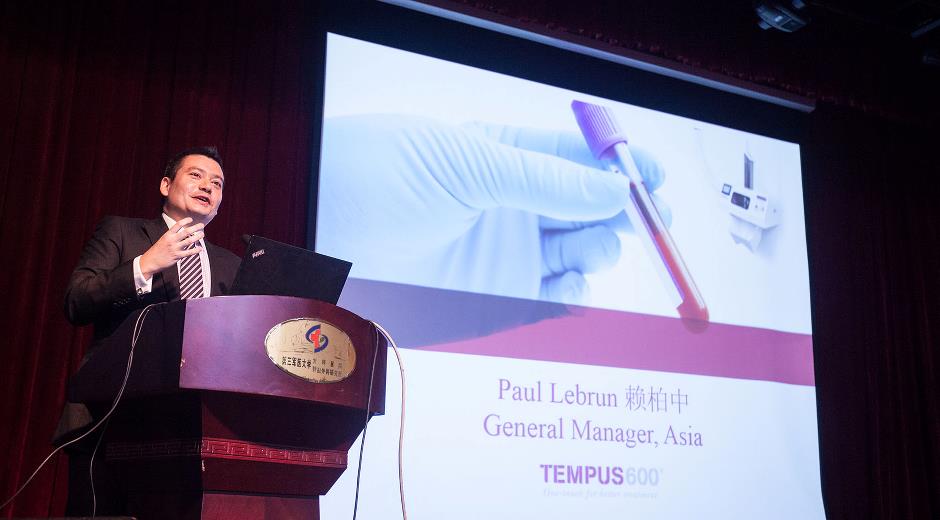 The event was attended by the Consul General of The Royal Danish Consulate General in Chongqing, Ms. Anja Villefrance and more than 100 people from the local health officials as well as distinguished guests from other hospitals

The management of Daping hospital, as one of the first Tempus600 users in China, shared their experience with Tempus600 technology and how the system has helped them manage their workflow in the ICU department, and more importantly, helped revolutionize the process to bring a much shorter ToTAT for patients.

The system has been running for 3 months without issues and the hospital consider buying further Tempus600 systems to cover the transportation of blood samples from the out-patient department (blood collecting center) to the lab.