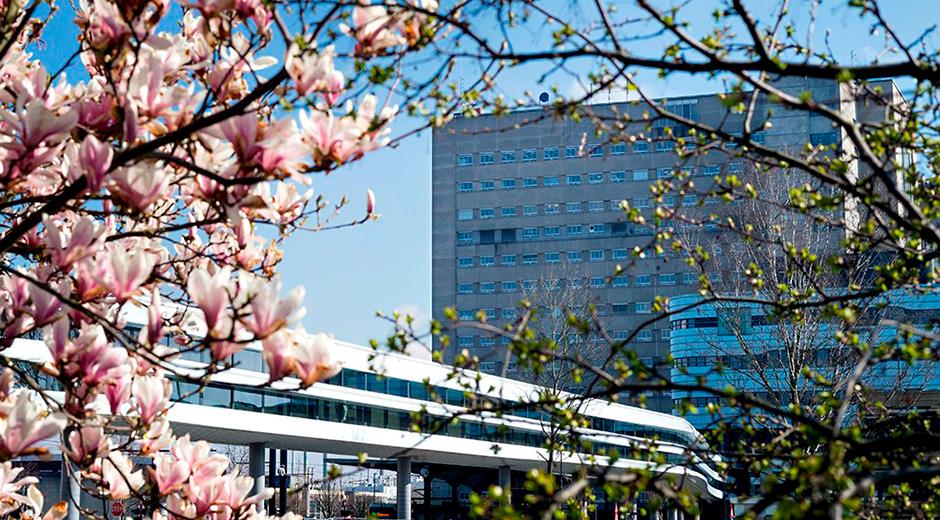 During this process, the laboratory management learned about the Tempus600 solution; a fast, safe, and dedicated transportation system for blood samples. The Ghent University hospital decided to invest in the Tempus600 system because it was an ideal solution.

The hospital already has a conventional transportation system, so the laboratory management decided to carry out a pilot study and included the new Tempus600 system as a part of their automation procurement. The first Tempus600 system was implemented in the Emergency Department in mid-2018.

"Since its installation, we have only had positive experiences with Tempus600. After testing the system for a year, we decided to invest in three more lines and they are now installed in the Pediatric and Adult Hemato-oncology Department and one of our Phlebotomy Centers in the hospital," says Prof. Dr Veronique Stove, laboratory director at the Department of Laboratory Medicine at Ghent University Hospital.

The first Tempus600 system transports approximately 100,000 samples annually and the new system has reduced the total turnaround time (TAT) by approximately 15 minutes. Samples are transported directly from the emergency department to the laboratory, where they arrive in the bulk input module of the total laboratory automation.

From the graphs, it can be deduced that the total lab TAT (sum of the lab (A) and pre-lab(B) TAT) was significantly reduced in November 2018 (C2) after implementation of Tempus600 at the emergency department (ED) compared to November 2017 (C1, before implementation of Tempus 600 at the ED). As can be deduced from graph B2, the reduction in total lab TAT can be attributed to the reduction in pre-lab TAT. Indeed, samples are sent in a single direct connection to the clinical lab.

The increase in the number of Tempus600 systems at the Ghent University Hospital from one to four has had a positive effect on the sample workflow and the efficiency in the clinical laboratory. Samples are sent unpackaged in the Tempus lines and arrive directly on the track in the laboratory, which means containers do not have to be received or returned. This has reduced peak loads in the conventional transportation system and streamlined the workflow. Furthermore, from an environmental point of view, eliminating the need for plastic packaging when sending the samples with Tempus600 is clearly beneficial.

Additionally, the amount of tubes that are labelled correctly has increased because the departments know they must label the samples correctly in order to avoid delays with the results. In this specific situation, the sample is sorted by the total laboratory automation and processed manually if possible.

Switching from serum to plasma tubes

The hospital laboratory is a serum lab, but when sending serum sample tubes in the Tempus600 system, there could be an issue with the coagulation time, because serum samples need to coagulate 30 minutes before they are centrifuged. As samples sent by the Tempus600 system arrive much faster at the centrifuge, the laboratory management searched for an alternative with the same quality as the serum tubes.

Based on the results of the validation, the laboratory management decided that the emergency department should switch to using lithium heparin plasma tubes instead of serum tubes.

“As these tubes can be processed directly and do not need to clot before centrifugation, an improved lab TAT may be expected. Direct centrifugation of serum tubes may introduce clots, which delays sample processing,” says Matthijs Oyaert.

The laboratory sends all samples via the Tempus600 system apart from urinary samples, and some coagulation tubes where special coagulation testing is requested, are still sent in the conventional transport systems, because it has not yet been studied in detail whether the Tempus600 affects platelet activation in these samples.

The pediatric department uses the standard blood collection tubes for pediatric samples, but the laboratory plans to switch to microtubes with the same dimensions as the adult tubes. In this way, they could be sent via the Tempus600 system.

No further request for POCT

Previously, the Emergency and Hematology Department requested for additional point-of-care testing (POCT). As an alternative solution, the lab offered the implementation of the Tempus600. And indeed, after encouraging the departments to use the fast transport system, doctors now get fast test results with consistent sample quality, and there is no further request for extra POC instruments.

The combination of a conventional pneumatic transport system with Tempus600 has proven to be successful.

Compared to conventional transport systems, Tempus600 allows the hospital to better control the process. When sending samples in a dedicated point-to-point system directly in total lab automation, the transport time is predictable, and the samples are handled in an automated way.

Current experiences will affect the future

During the next 10 years, the Ghent University Hospital plans to build a new hospital and this will require a completely new transportation network for the laboratory. In the light of the experience gained and the clinical and medical need for sharp TATs, the hospital will decide which departments shall be connected to the laboratory via the Tempus600 system.