The official launch of the new Tempus600® Necto

The new Tempus600® Necto is a strong, fully automated solution for the receipt, sorting, registration and transport of large quantities of blood samples and other small clinical samples at hospitals and laboratories – with the absolutely highest quality. 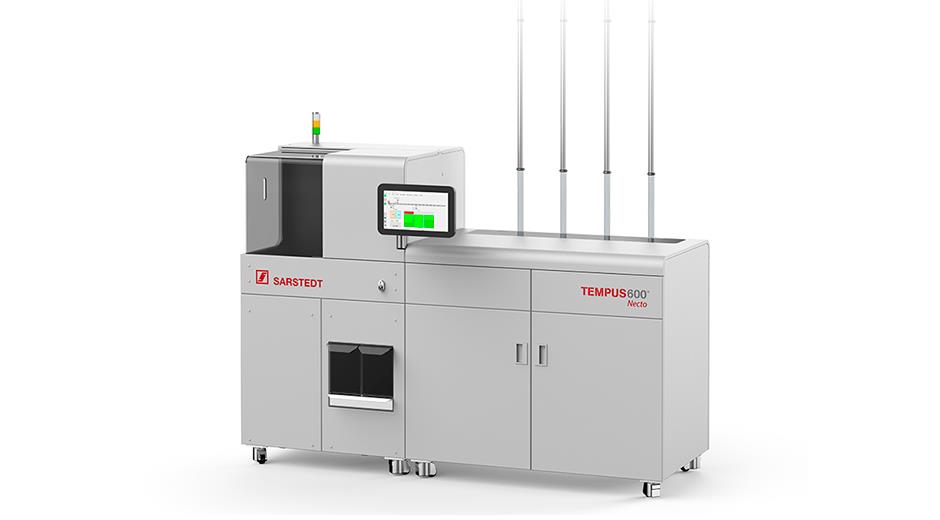 What are the benefits of the new Tempus600® Necto?

With its new streamlined design, improved throughput of up to 1200 samples/hour and extended options for registering samples, including communication with the Laboratory Information System (LIS), Tempus600® Necto can meet the needs and requirements of modern, fully automated hospitals and laboratories that want fast, continuous, reliable operation, and the optimal optimisation of their existing fully automated laboratory equipment.

The first Tempus600® Necto system has already been implemented

Tempus600® Necto is located in the sample reception area and distributes the samples to the laboratory on the basis of predefined sorting algorithms, so that the workload in the individual lines in the laboratory is evenly distributed.

The high level of reliability of the Tempus600® Necto means that there is no fixed manning associated with the system, only in connection with the actual receipt of the samples in practice.

How does the Tempus600® Necto work?

The system can send samples directly to up to six different locations – two local trays and four remote destinations.

Tempus600® Necto can be connected directly to all types of laboratory automation systems, sorters, bulk loaders, so that samples are delivered in an even flow for further processing in the laboratory.

Despite Tempus600® Necto’s large capacity and many options, it has a small footprint and can be installed in a relatively small space.

To learn more, see our-solutions or send an e-mail to info.dk@sarstedt.com and we will contact you as soon as possible.